Match report and pics by John

A tough day at the office for our Cannons as they took on the competition leaders, East Sydney. While the points didn’t come our way, there was no denying that our Cannons never gave up the fight.

Definitely a game to put behind us as we were simply beaten by a better team on the day and the Bulldogs showed why they are leading the comp.

The first quarter saw the Bulldogs establish a commanding lead which had our Cannons back pedalling for most of the game.

In the second quarter our boys toiled hard and were able to post a valuable goal courtesy of Roan.

In the last two quarters, the boys tackled hard and in the final term posted a great goal from Daniel V following awesome lead up work from Chris & Harry.

In his post-game speech to the boys, Coach Andrew was upbeat and focused on the positives because, despite the result, there were many good things to come out of the game. He made special mention of the following players:

Another tough call for Andrew as ALL the boys did their best!

The second runner up went to Patrick R, who made his presence felt in the backline, another strong effort in defence.

First runner up went to Will, after a long layoff through injury, Will ran hard all day and got among the action, especially in defence.

Best on ground went to Daniel G, who has been sidelined all season, came back with a strong game, got heavily involved, ran and chased hard for the ball.

Special thank you to Cooper from the Div. 2 team, for having a run with our boys. You certainly made your presence felt out on the field and I think a few of the Bulldogs players would vouch for that.

As always in the toughest times, our Cannons never stopped trying and walked off the field with their heads held high. 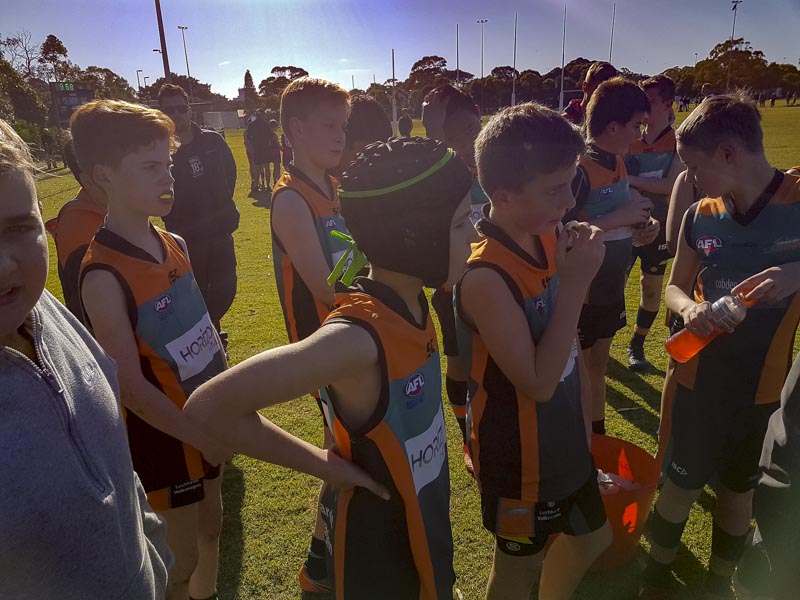 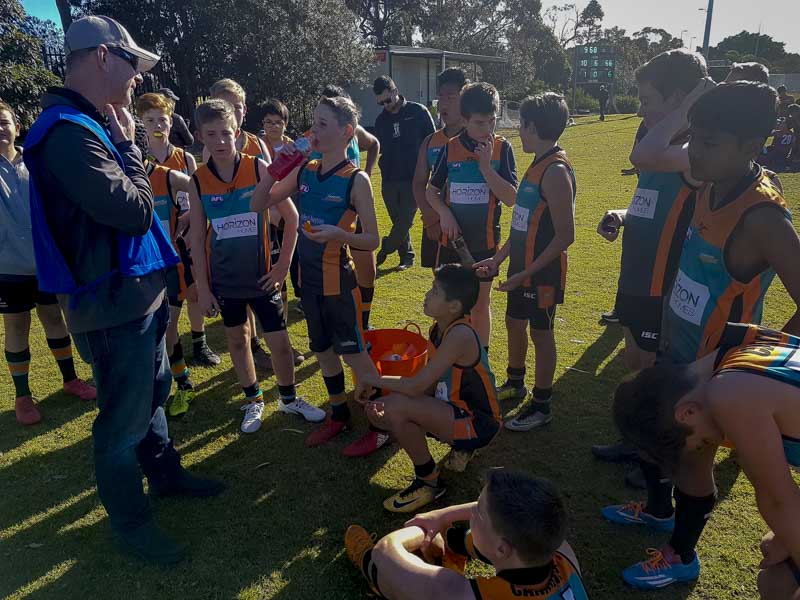